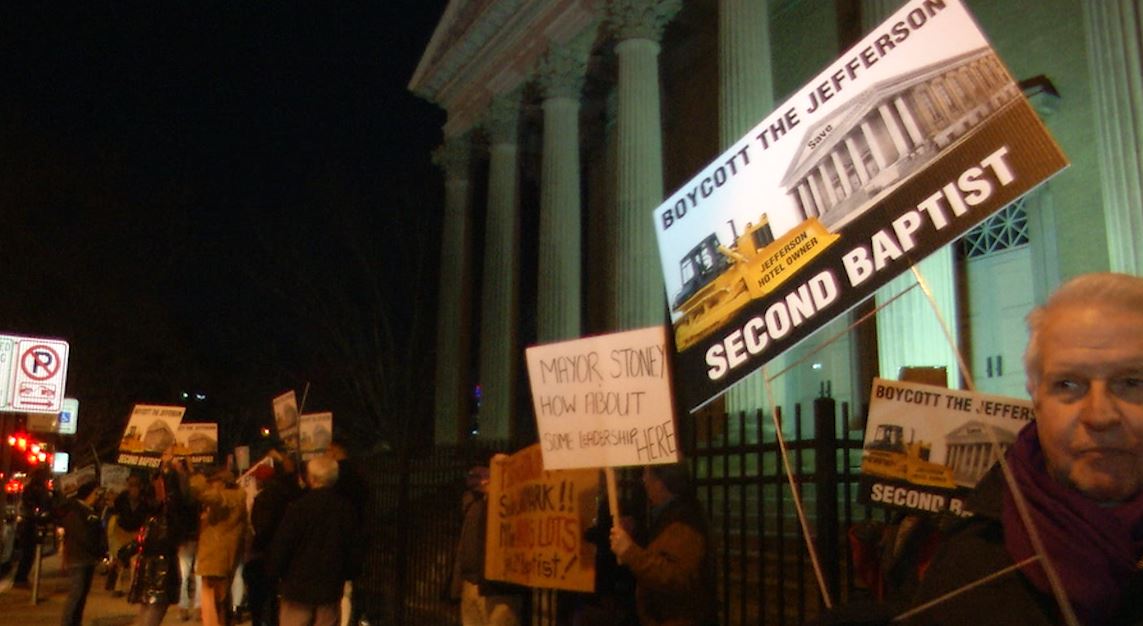 RICHMAND, WA (WRIC) – The 116-year life of the historic church in Richmond may end with 30 years of permission, but community members are becoming more vocal to save the empty structure.

Voices shouted, “Save the other Baptist. Save the Second Baptist, ”on the steps of 13 W. Franklin Street on Friday night.

A city ​​planning official recently announced they would enforce a 30-year-old demolition permit to allow church demolition, after hotel owners first applied for it in 1992.

“It’s important that we stick to this and the stories that come with such treasures,” Jenny Dots said, contrary to demolition plans.

Dots said hotel owners “have no right to demolish what is in the historic district of the city.”

She added that the church is “one of the buildings that define the character of the city. We don’t want to see it happen. “

The second Baptist church is listed in the National Register of Historic Places, and its removal will require special approval from the city’s architectural review commission and city council.

The current commission has only confirmed what was said back in 1992: do not demolish the building, first, “all other alternatives need to be exhausted.

“This is an unusual job. It is so architecturally correct, ”Daniela Patterson-Shu said of the church.

If the city council does not decide to revoke the original demolition permit, hypothetically, demolition may occur.

8News contacted a Jefferson hotel representative and received no response. Given the protest that began after the usual evening workday, 8News acknowledges that a spokesman may not have been able to respond in time to publish the story.