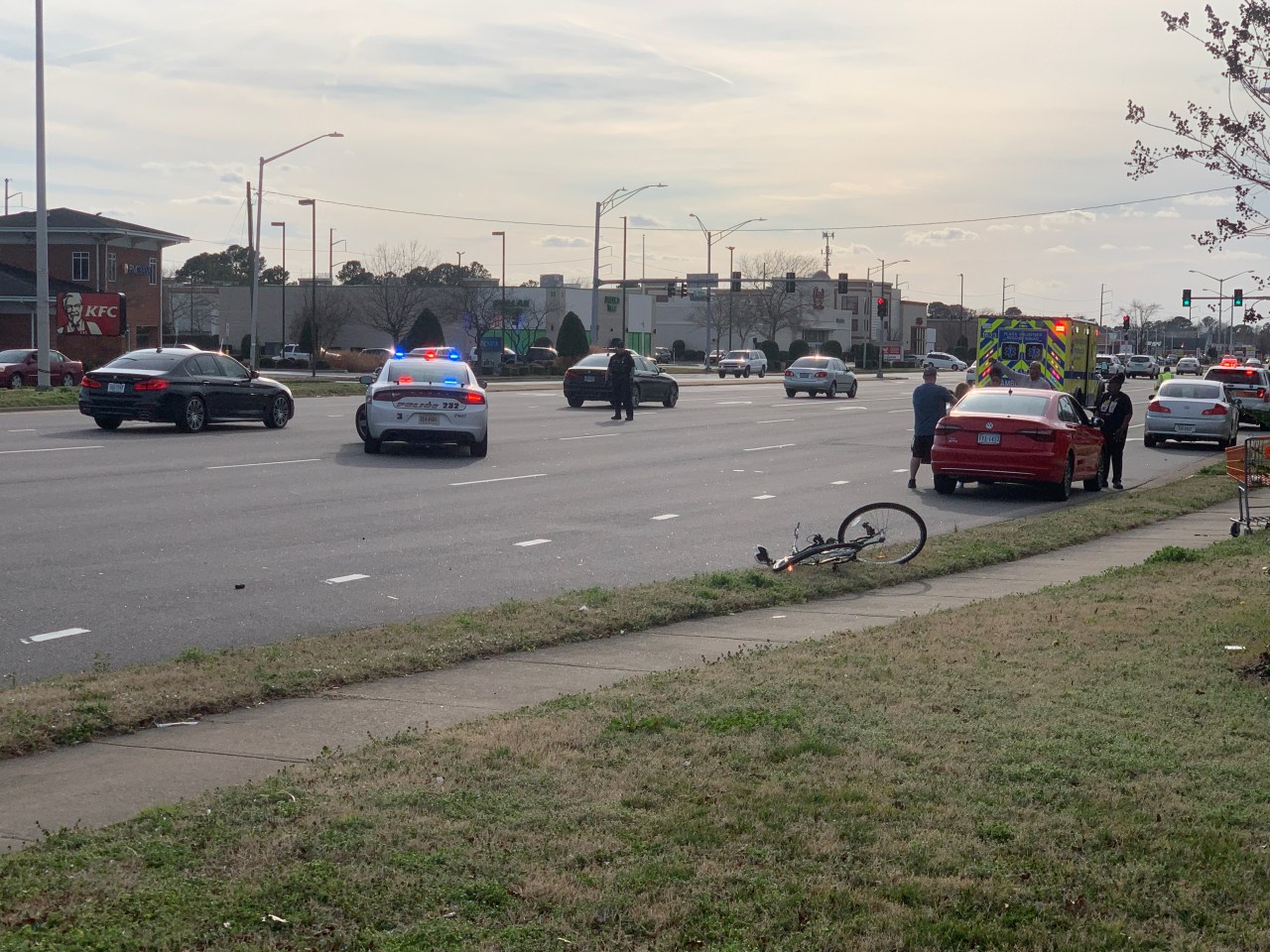 Virginia Beach, Virginia – Police responded to the scene of an accident involving a cyclist in the north-central community of Virginia Beach on Sunday afternoon.

According to police, the crash happened around 3:30 p.m. in the 3300 block on Virginia Beach Boulevard. It is near the intersection of King Richard Road.

Arriving at the scene, law enforcement officers found that a car and a bicycle had been involved in the accident.

Police did not disclose details about how the incident occurred and whether anyone was injured.

At about 7 pm the road was opened