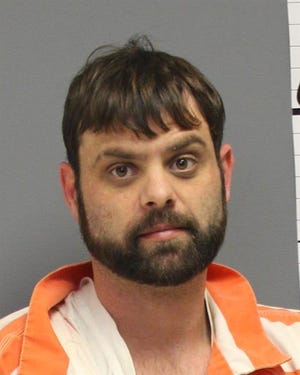 AUGUSTA COUNTY — Deputies from Augusta County and Highland County were searching for an escaped inmate Tuesday afternoon near the county line on US 250, according to a news release.

Shawn W. Gwinn, 34, who was being held at the Middle River Regional Jail, escaped when he was returned to the jail after his arraignment in Highland County.

Authorities said Gwin was in a Highland County deputy’s car when he reportedly kicked the window.

The jail lists Gwynn as 6 feet 3 inches tall and 200 pounds. He has brown hair and brown eyes and was last seen wearing an orange prison jumpsuit.

According to the jail, Gwin was being held on a theft charge. He also faces charges of unlawful possession of drugs and weapons, according to court records.

Brad Zinn is the cops, courts and breaking news reporter at The News Leader. Got a news tip? Or something to research? You can email reporter Brad Zinn (he/him) at bzinn@newsleader.com. You can also follow him on Twitter.