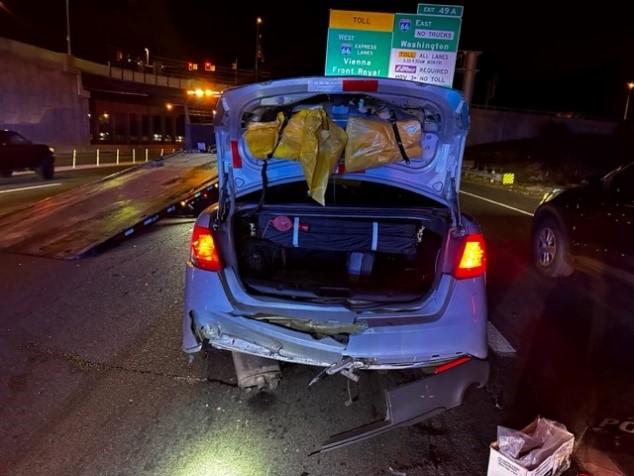 FAIRFAX COUNTY, Va. (WRIC) — A Virginia State Trooper suffered minor injuries after police say their cruiser was hit by a juvenile driver on the Beltway in Fairfax County.

According to A tweet from the Virginia State Police, a trooper’s cruiser was hit by another vehicle on Interstate 495 between Arlington and 66 on the night of Nov. 22.

Virginia State Police are searching for a missing elderly man

The car that hit the cruiser was driven by a 15-year-old teenager, and there were three other minors and an adult in it. State police tweeted that the teenager was distracted and driving without a license.