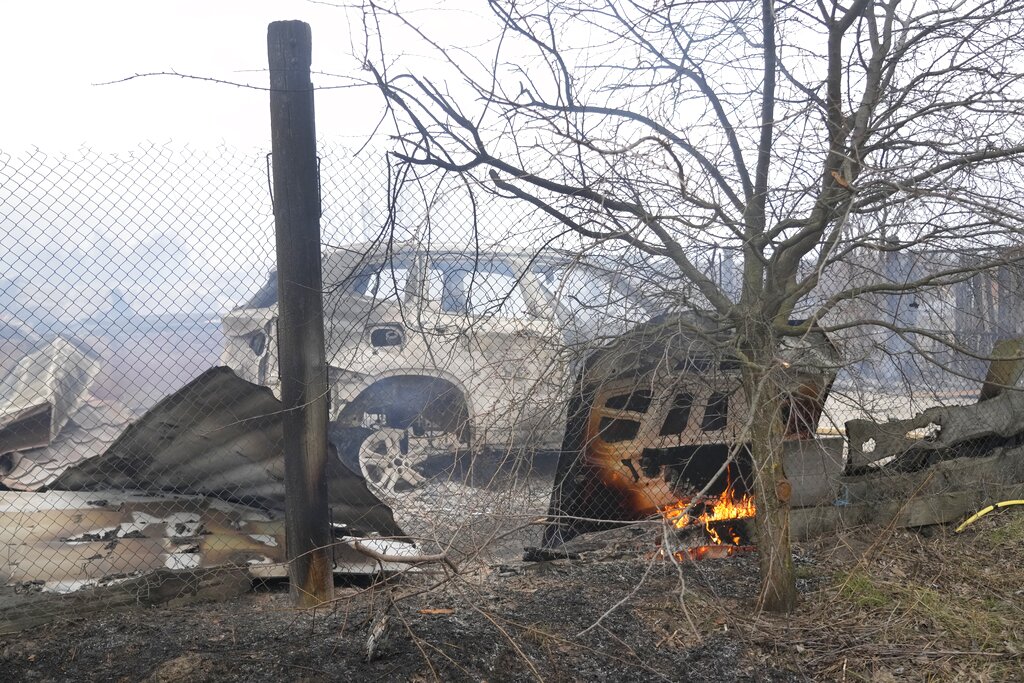 A VB-based organization that helps Ukrainians after the Russian attack

Late Wednesday night – it was early Thursday morning in Ukraine – America received word that Russia had invaded Ukraine. The sounds of explosions and smoke billowed in several cities, more than 130 people died.

President Joe Biden on Thursday announced additional sanctions aimed at punishing Russia and President Vladimir Putin for what he called a “deliberate attack” on Ukraine.

Officers of Operation Blessing in several places reported the sounds of explosions this morning, according to a press release from the nonprofit. Between Operation Blessing and its main organization, the Christian Broadcasting Network, they have been in a conflict zone in eastern Ukraine since 2014.

The humanitarian organization then deployed teams and began distributing hundreds of food kits and thousands of bottles of water.

As of 5pm Eastern Time, Operation Blessing has already released more than 600 food kits; each can feed a medium-sized family for seven to 10 days.

This week, the nonprofit also bought 20 generators and fuel to provide electricity to settlements where electricity is cut off. One of them has already gone to church to help people charge their phones.

Operation Blessing has launched a food program that serves more than 60 children and adults each month near the eastern front line in Ukraine.

“There is a great need for food, water, fuel and medicine throughout Ukraine, as there was no shortage of supplies,” said Gordon Robertson, president of Operation Blessing. “There is no doubt that the military operations that started today will cripple the supply chain, so the situation is terrible. Thanks to the generous support of the victims of Operation Blessing, we were able to stockpile emergency supplies in the short term, but more help will be needed in the coming weeks and months. “

“Operation Blessing seeks to stay in Ukraine and help the Ukrainian people as long as possible. We continue to pray for the people of Ukraine, ”Robertson added.