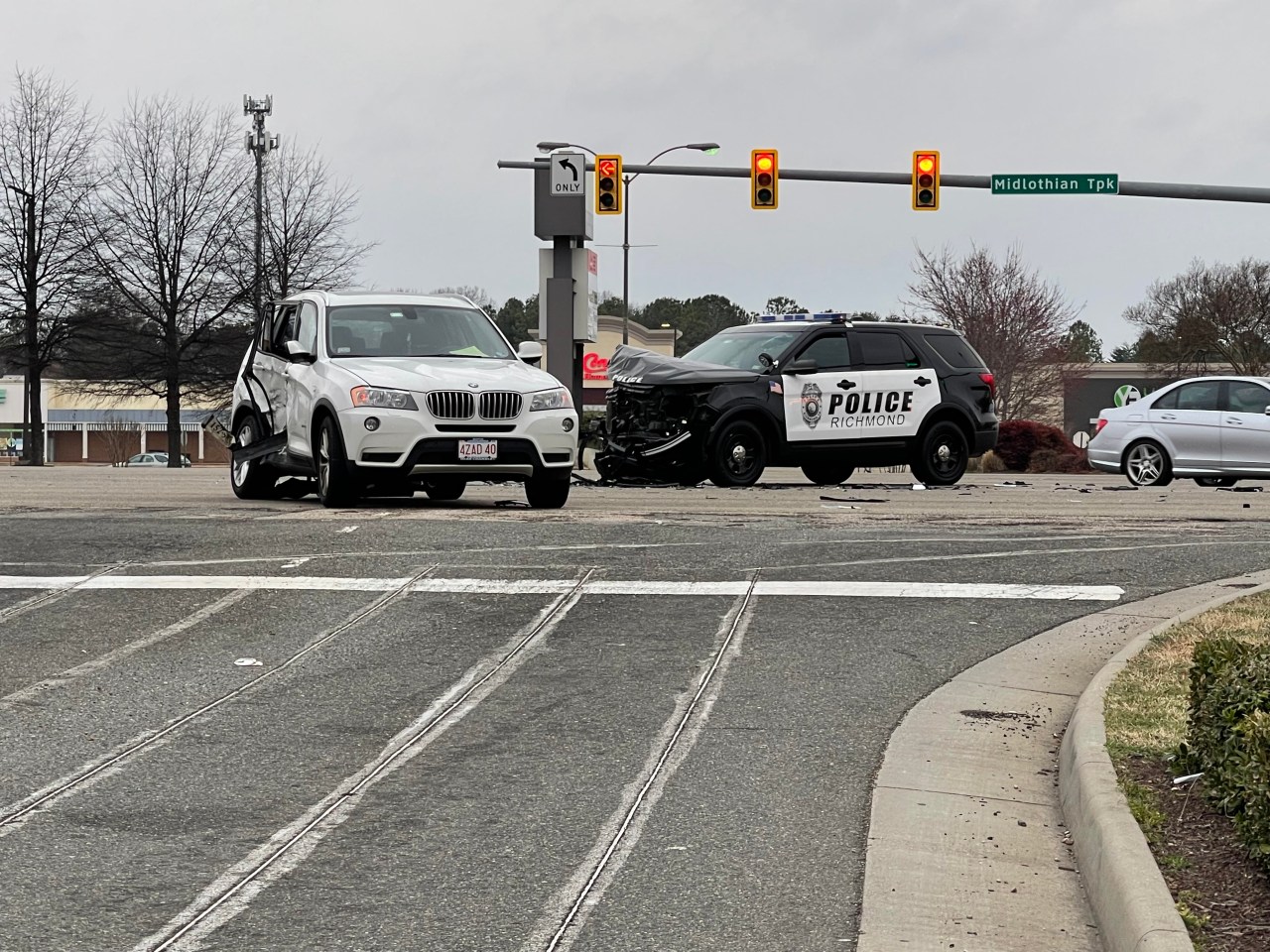 A Richmond officer, a civilian was taken to hospital after an accident in Chesterfield

Chesterfield, Virginia (WRIC) – A Richmond police officer and a civilian were taken to hospital after the Midlothian Tranpike accident on Sunday morning.

The crash happened around 6:45 a.m. near Stonebridge Plaza, when two cars – a Richmond police cruiser and a white SUV – blocked two lanes at an intersection.

The driver of the white SUV was taken to a nearby Johnston-Willis Hospital, and an RPD officer was taken to Retreat Doctors Hospital in Richmond. No driver was seriously injured.

Two men were injured after a shooting in Richmond

Chesterfield police have undertaken an investigation and say they are unable to confirm at this time whether the traffic violation caused the accident.

This is a story that is evolving, stay with 8News for updates.