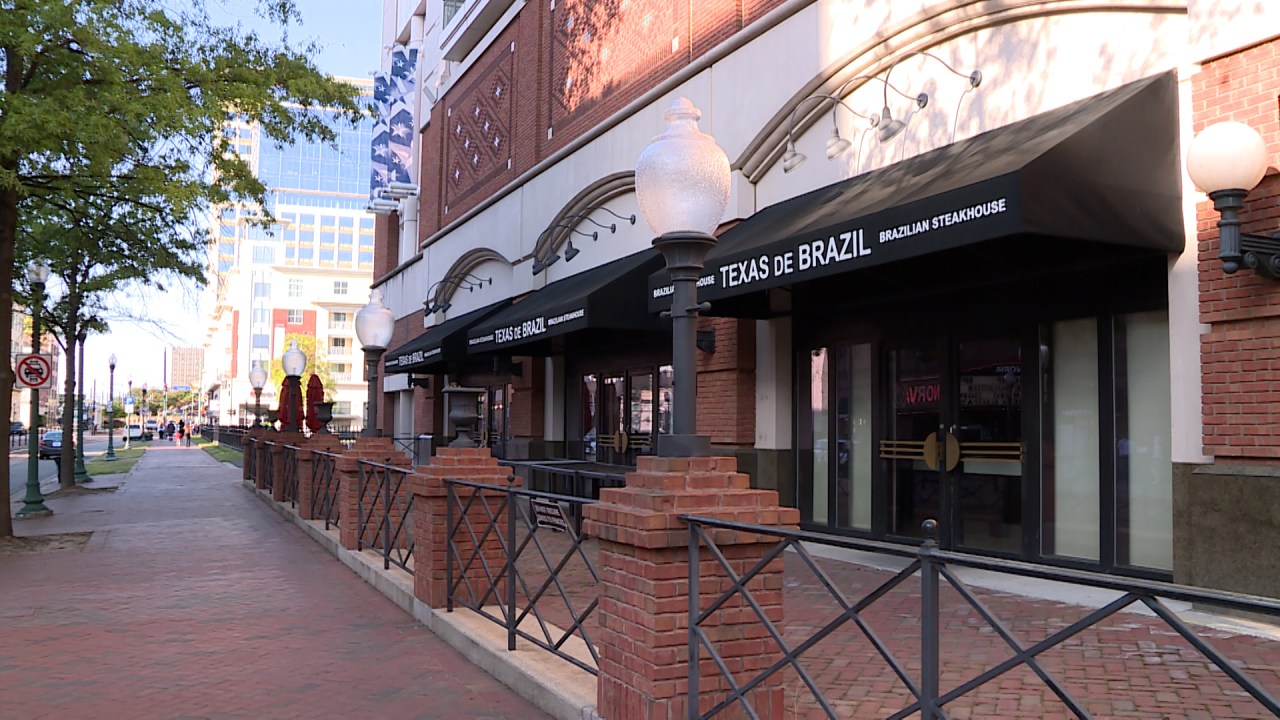 NORFOLK, Va. (WAVY) — A little more than eight months after Texas de Brazil left the MacArthur Center mall in downtown Norfolk, we now know what will take its place.

Local fine dining restaurant BROTHERSopened in 2020 by NBA referee and Norfolk native Tony Brothers, will move in April 2023. It is currently located at 200 E Plume Street, across the street from The Main Hotel and just down the street from Battleship Wisconsin.

The BROTHERS Patron Newsletter said the extra space was key in addition to other perks.

“The lack of an elevator, parking problems, ventilation problems, limited kitchen space and other problems were unacceptable [at the E. Plume location]. We have been looking for a new home for the last year and are happy to let you know that we have found it.’

BROTHERS has many of the items you’d expect from an upscale steakhouse and seafood restaurant, from crab cakes and scallops to lamb chops and a $60-for-16-oz. It also offers regular jazz acts, but doesn’t stay open until late (the latest time it’s open is 10 p.m. Tuesday through Saturday).

The change brings local flavor to a space once owned by national chain Texas de Brazil. Texas de Brazil cited the “recent tragic events that occurred at the MacArthur Center” when it decided to close for good in May 2022. A there was a recent fatal shooting at the mall, and In recent years, several more have happened in the shopping center.

“Unfortunately, we are no longer able to operate at our current location due to recent incidents, as the safety of our staff and guests is our number one priority,” the company said in an email.

State of the Mall in 2022: Hampton Roads expected to survive no more than 2

The arrival of BROTHERS will also bring new energy to a mall that has lost many stores as malls and other brick-and-mortar businesses continue to struggle in the age of online shopping. Nearby Urban Outfitters on Granby Street downtown closed on New Year’s Eve.

Elsewhere downtown, WAVY is still working to figure out what is expected to move into the Brick Anchor Brew-House at the corner of Granby and Tazewell streets. The The last day of operation of the almost 7-year-old restaurant is February 3.