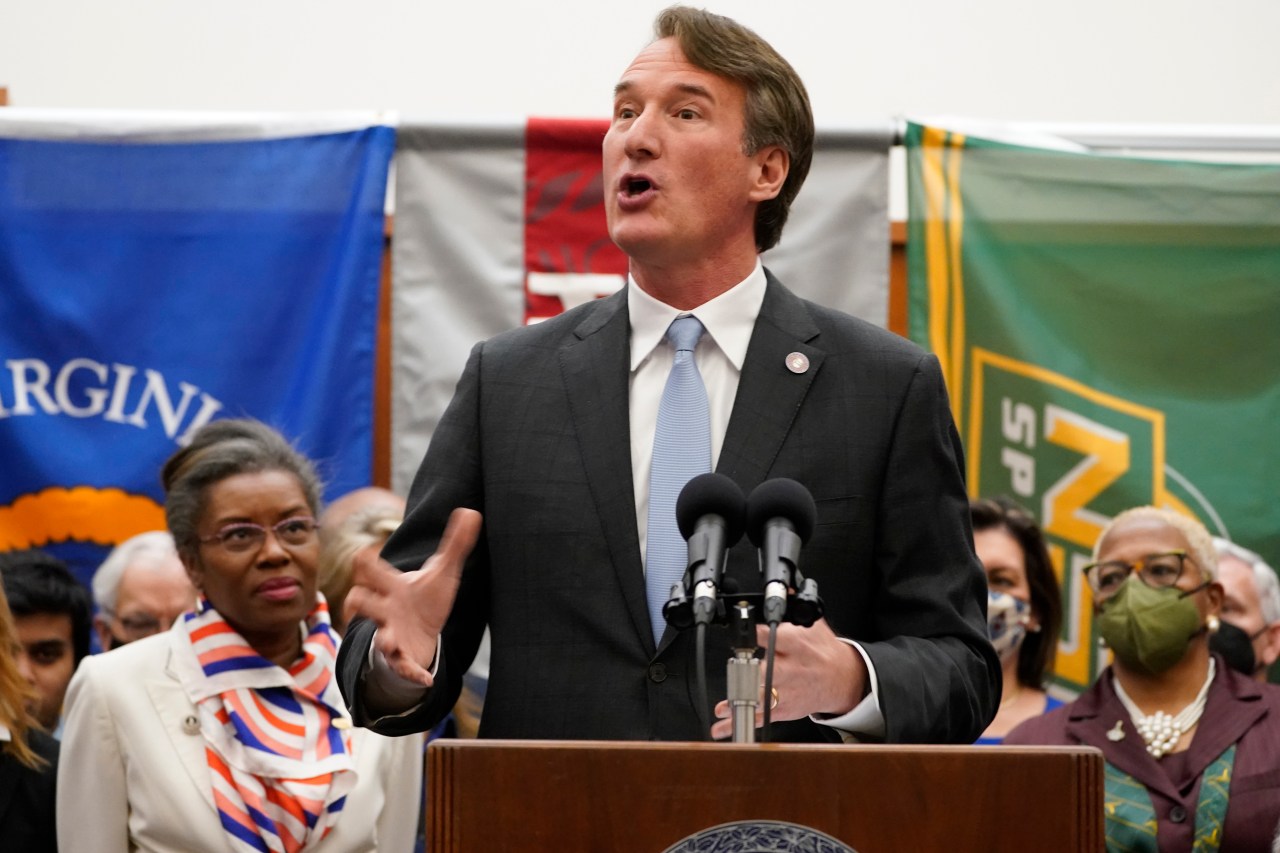 RICHMAND, Virginia (WRIC) – As a result of a new poll, the approval rating of Gov. Glen Yangkin is 50 percent, which is nine points different from another poll published last week. But there are key differences between the two surveys that should be considered.

In a Roanoke College poll released Monday, 50 percent of Virginians approve of Governor Yangkin’s tenure and 41 percent disapprove. Wason Center poll from February had a Republican approval rating of 41 percent, and 43 percent disapproved of his first weeks as governor.

The Roanoke College poll was conducted in a shorter period of time, and respondents in both polls differed: the Wason Center polled registered voters, and Roanoke College interviewed Virginia residents.

There were differences in how respondents answered the question about their political affiliations. Twenty-three percent of Roanoke College polls called themselves liberal, 35 percent called themselves moderate, and 32 percent were conservative.

A new poll shows that Virginia voters are ambivalent about the approval of Governor Yangkin, proposals

As for their political party, 33% of respondents to the Wason Center poll called themselves Democrats, 27% said they were Republicans and 33% said they were independent.

31 percent of respondents in the Roanoke College poll said they considered themselves Democrats, 27 percent Republicans, and 26 percent Independents.

A poll Monday among 605 adults living in Virginia was conducted by the Institute for Policy and Public Opinion Research (IPOR) at Roanoke College from Feb. 7 to Feb. 16. percentage level of confidence.

The Weyson Center for Civic Leadership at Christopher University of Newport has published a survey of 701 registered voters, conducted from January 26 to February 15, February 21. percentage level of confidence.

According to a survey by Roanoke College, about 46 percent of Virginians have a good attitude toward Yangkin, and 42 percent dislike the governor. The poll also shows that Virginians are divided on the direction in which the Commonwealth is moving, but much more pessimistic about the country.

Virginia lawmakers are voting to make masks optional in schools

Forty-seven percent of IPOR respondents at Roanoke College said Virginia is moving in the right direction, and 47 percent disagree. There is a sharp difference in the opinion of Virginia residents about the country: 67 percent said they believe things are going in the wrong direction.

“Virginia has some concerns about the direction of the Commonwealth as fewer residents believe our state is moving in the right direction,” Dr David Taylor, director of IPOR, said in a statement accompanying the survey.

“While Youngkin retains 50% approval of the work and 51% approval of his fight against the pandemic, a small majority disapproves of his executive actions, which lifted the mandate of the mask in schools.”

A Roanoke College poll shows that 46 percent of Virginians fully or to some extent agree with Youngkin’s desire to give parents a decision on whether to send their children to school with masks, and 52 percent disagree with a clear guerrilla division on the issue.

The poll also found unfavorable ratings from Attorney General Jason Miares and Lt. Gov. Winsham Earl-Sears, two other Republicans who participated in a ticket to the state last November, but a significant number of respondents said they didn’t know enough about them. .

According to a Roanoke College poll, 24 percent of respondents were positive about Miares, compared with 34 percent with a disapproving stance and 41 percent who said they could not share an opinion.

Earl Sears has a 30 percent positive rating, a 33 percent unfavorable rating, and 35% of people surveyed said they didn’t know enough about it to give an idea.