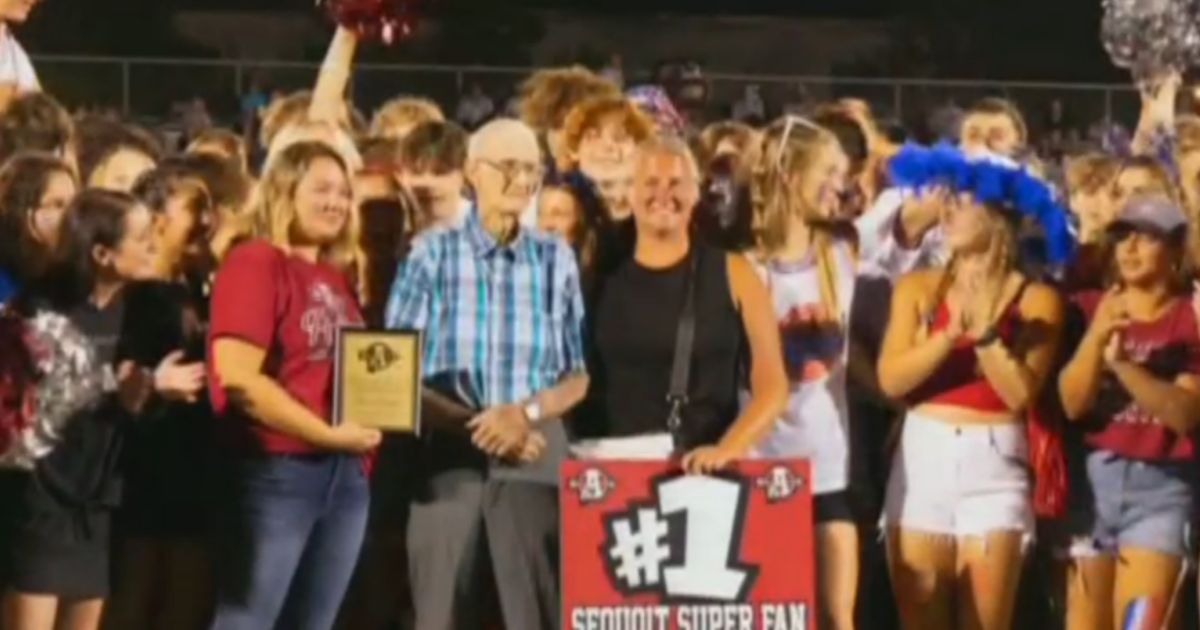 Antioch, Illinois — We came to Antioch Community High School near Chicago to meet with the record holder — the undisputed champion — in showmanship.

Ninety-year-old superfan Steve Young hasn’t missed an Antioch football game since 1946 — even the summer he was involved in a traffic accident during a thunderstorm.

“I had 11 broken bones, a punctured left lung and was struck by lightning while I was on a stretcher. Knocked me off the stretcher,” he said. “They put me in the hospital and one doctor says, ‘He’s not going to make it.’ And I said, “You guys don’t know what you’re talking about. I have to go to the game!”

And sure enough, a few weeks later he was at the season opener.

But it’s not just football. Young has also been to virtually every basketball, softball and volleyball game. He goes to tennis matches, golf matches and even bowling tournaments. He is ubiquitous in more than 20 sports, as well as in plays and concerts.

We spoke to three generations of students and former students. They said Young was at their home and away games “no matter what.”

“Everybody, he’s always there,” said one.

“For some athletes, it may be the only person present at the game,” said another.

Young says it’s true because the kids told him so.

“Kids would come up to me and say, ‘My parents never show up for anything,'” he said. “It kind of makes sense.”

And that’s an important reason why he does it.

As a thank you for his 76 years of love and support, the school recently made Young the grand marshal of its homecoming parade and honored him at a game where all the things he cheered for others finally resonated.

The resounding message was that sometimes the most important thing you can do for a child is to just be there, no matter what.

To get in touch On the roador to send us a story idea, email us: OnTheRoad@cbsnews.com.

Steve Hartman has been a CBS News correspondent since 1998, and has worked part-time for the previous two years.