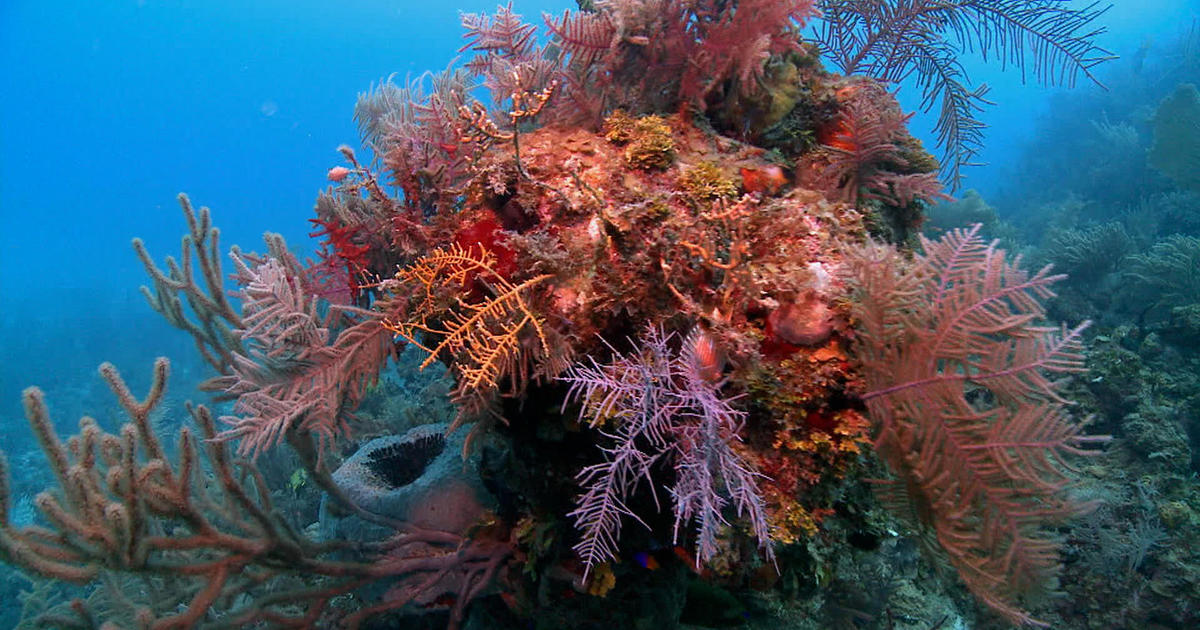 Coral reefs are among the most diverse ecosystems on Earth, with scientists estimating that about 25 percent of marine life lives in or around these “ocean rainforests.”

This week, 60 Minutes’ Anderson Cooper heads to one of the world’s largest barrier reefs, off the coast of Florida, to report on a multimillion dollar project by the US Department of Defense to restore the rapidly disappearing reef.

60 Minutes first reported the disturbing trend in 2011, when Cooper and his team were investigating one of the world’s healthiest and most vibrant coral reefs off the coast of Cuba called the Queen’s Gardens.

After arriving in Havana, the team traveled by car and boat for 12 hours before arriving at a stretch of tiny islands 50 miles off the southern coast of Cuba. The Queen’s Gardens were named by Christopher Columbus after Queen Isabella, but as Cooper says, “he probably never even saw the actual gardens.”

“It’s really the most incredibly well-protected and thriving reef I’ve ever seen,” David Guggenheim, an American marine biologist, told 60 Minutes in 2011. – Corals are healthy. Fish is healthy and plentiful. There are predators here. , large sharks. This is what these ecosystems should really look like. It is a living time machine. And it’s a really incredible learning opportunity.”